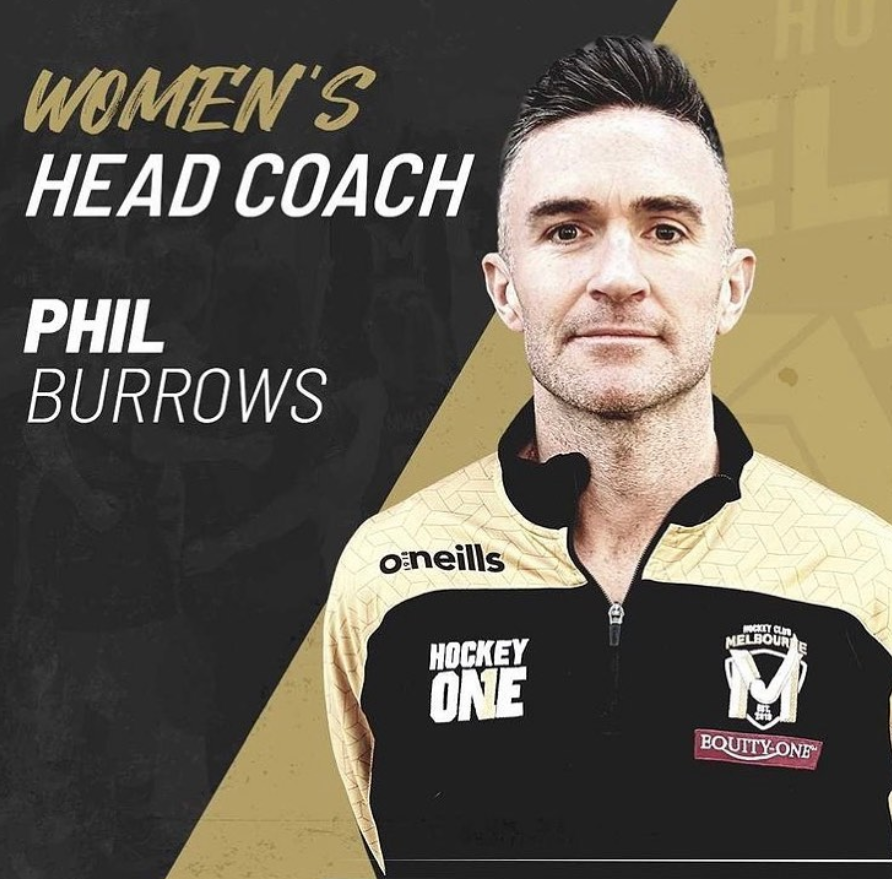 With a wealth of experience in his back pocket we’re sure Phil will lead the way for our Women’s team. Phil is a 3x Olympian, 4

x Comms Games athlete, NZ’s Blacksticks highest capped player & NZ’s highest goal scorer. Phil has been to 4 world cups, played in the Dutch league for 9 years & has a resume like no other.

Burrows has been head Women’s coach of the VIS Women’s team, Assistant coach of the Blacksticks, and was HC Melbourne’s Assistant coach in Season 1. Phil believes HC Melbourne’s toughest opponent will be Brisbane Blaze. “We always seem to have the biggest battles with QLD over the past few years, but I’m also sure that all teams will be preparing very well for the upcoming Hockey One season.”