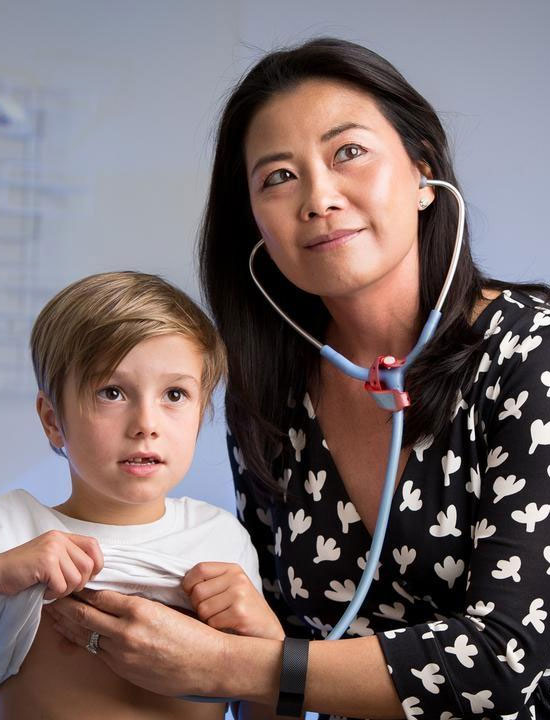 A treatment for deadly peanut allergy undergoing clinical trials at the Murdoch Children’s Research Institute (MCRI) has shown long-lasting effects, more than four years after the original study.
It provides the strongest evidence yet that a cure may be possible for peanut allergy and holds important implications for attacking the modern food allergy epidemic. Peanut allergy is the commonest cause of anaphylaxis, a life-threatening allergic reaction, and one of the commonest causes of death from food allergy.

At the end of the original trial in 2013, 82% of children who received the probiotic and peanut oral immunotherapy (PPOIT) were deemed tolerant to peanuts and went home eating peanut
Four years later, the majority of children who gained initial tolerance are still eating peanut as part of their normal diet (80%) and have passed a further challenge test confirming long-term tolerance to peanut (70%)

Publication of four year follow up data from a study of a novel oral immunotherapy to treat peanut allergy – The Lancet, Child and Adolescent Health

Research led by Professor Mimi Tang, who pioneered the probiotic and peanut immunotherapy (PPOIT) treatment, followed up children four years after they completed the initial trial. Children in the original PPOIT randomised trial were given either a combination of the probiotic, Lactobacillus rhamnosus, together with peanut protein in increasing amounts, or a placebo, once daily for 18 months, then tested to see if they had developed tolerance to peanut.

Amazingly, more than 80 per cent of children who received the combination probiotic peanut oral immunotherapy treatment were able to tolerate peanut at the end of the trial, compared to less than four percent in the placebo group. Children who developed tolerance to peanut in the first trial were instructed to introduce peanut as part of their normal diet after the study ended; whereas children who remained peanut allergic were advised to continue peanut avoidance according to current care.

The latest study, published in the prestigious Lancet Child & Adolescent Health investigated whether the benefits of the oral treatment were maintained four years later.

Prof Tang said the new study showed that the majority of PPOIT-treated children who tolerated peanut at the end of the original trial were still eating peanut without reactions four years later.

“The probiotic and peanut oral immunotherapy treatment, or PPOIT, was associated with long-lasting ability to tolerate peanut four years after stopping the treatment.

“Of the PPOIT-treated participants who achieved short term tolerance at the end of the original trial, 80% were still eating peanut and 70% had long-lasting challenge-proven tolerance four years after stopping treatment,” Prof Tang said.

“These children had been eating peanut freely in their diet without having to follow any particular program of peanut intake in the years after treatment was completed. Over half were consuming moderate to large amounts of peanut on a regular basis, others were only eating peanut infrequently. The importance of this finding is that these children were able to eat peanut like children who don’t have peanut allergy and still maintain their tolerant state, protected against reactions to peanut. We are now examining whether these beneficial effects of our novel treatment have also resulted in improved quality of life.”

“These findings suggest our treatment is effective at inducing long-term tolerance, up to four years after completing treatment, and is safe,” she said.

“It also suggests the exciting possibility that tolerance is a realistic target for treating food allergy. This is a major step forward in identifying an effective treatment to address the food allergy problem in Western societies,” Prof Tang said.

This follow up study was initially funded by MCRI and the Australian Food Allergy Foundation. It then received a $15 million funding commitment in 2016 from capital investment firm, OneVentures.  A biotech company Prota Therapeutics, was jointly set up by the MCRI and OneVentures to develop PPOIT towards an FDA approved product with a plan to make the vital treatment available globally to people with peanut allergy.

Dr. Suzanne Lipe, CEO of Prota Therapeutics, said the results of the investigation, demonstrating such a high proportion of subjects still continuing to be tolerant four years later, was extremely promising and if confirmed in a larger Phase III study, would represent a paradigm shift in the way peanut allergy is managed.

“Rather than using therapy that protects against accidental ingestion, Prota’s products aim to provide sustained long term effects and the ability to include peanut in the diet.  For the first time, we could have products on the market that provide meaningful and long lasting treatment benefits, which allow sufferers to eat peanut products without thinking about it, as part of a regular diet just like unaffected people.

MCRI and Prota’s success will be a major achievement on a global scale and making this vital treatment available is what drives the team to accelerate the development program through the FDA approval process.”

We need your help to make breakthroughs like these a reality! Click here to support this research.