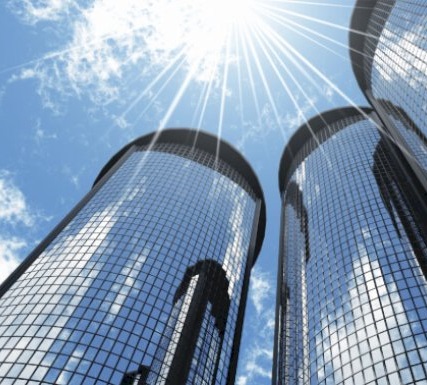 Non-bank lenders settled 112 per cent more broker-introduced commercial loans in FY19 than they did the year before as banks face “capability challenges”, according to FAST’s inaugural Business Lending Index report.

The new business lending report collates the volume of business loans written by FAST brokers over FY18 and FY19 (running September to October) to 24 lenders from its panel.

The research – which is expected to be released quarterly hereafter – also involved a survey of 159 business brokers to provide additional “on-the-ground” insights into the business lending landscape.

According to the analysis, business loan settlements increased in the year ending October 2019, with lenders settling $6.68 billion of commercial loans from FAST brokers in the year, up 0.5 per cent on the year before.

The index revealed that smaller lenders – and particularly non-banks – were driving the growth in settlements.

Indeed, non-banks settled more than double the volume of broker-introduced loans than they did the previous year.

According to the FAST Business Lending Index Report, the eight non-banks covered in the report settled $584.7 million of broker-introduced loans in FY19, 112 percent more than they did in FY18.

Non-banks also doubled their market share from 5 per cent to 11 per cent in the year.

The aggregation group said that these could be due to the fact that banks “became subject to the code of banking practice causing complexity in policy and process for borrowers, which enabled non-banks to increase their share of the market”.

Meanwhile, the 16 banks covered in the report settled 5.6 per cent fewer commercial loans from FAST brokers in the year – with larger lenders particularly noting a drop in settlements, from $4.07 billion to $3.56 billion in FY19 (12.5 per cent).

According to the report, many large lenders have lost market share as a result of higher funding costs and market capitalisation caps for specific business lending in areas such as commercial real estate construction and investment.

Major banks are therefore facing a “capability challenge” from non-banks, fintechs and neo banks, FAST suggested, which continue to gain market share due to their nimbleness and innovation.

Speaking to The Adviser following the release of the index, FAST CEO Brendan Wright commented: “The major banks and the bigger lenders are absolutely wanting to lend to business and small business, but the he bigger organisations and lenders are hamstrung currently, with their legacy systems and complex processes, which is providing challenges.

“Conversely, the non-bank lenders, fintech and neobanks are taking market share because they’re leveraging data, have really efficient and effective processes, and are able to deliver to brokers and their clients in a very effective and efficient way.”

The broker survey found that 94 per cent of FAST brokers writing commercial loans agreed that being a broker is becoming increasingly complex due to regulatory and compliance changes in the market – but 75 per cent of commercial brokers were optimistic about their business moving forward (compared to 66 per cent of residential brokers).

Mr Wright suggested that this could be because the challenges facing SMEs in accessing finance from the banks was resulting in more businesses approaching the broker channel for help.

The FAST CEO told The Adviser: “There is still an appetite for small, medium and large businesses to get debt advice and obtain finance so they can operate and grow. The challenges for them is in getting access to that finance and the debt advice that they need.

“In the same way as more and more consumers are going to brokers for a home loan, we are seeing the same trend play out for small, medium and large enterprises, which are going to finance brokers and debt advice firms to help them get the financial services they need to operate and grow their businesses.”

He concluded: “Recent developments have only highlighted the increasingly important role of brokers, as customers and business owners demand trusted advice and greater choice in the financing market.

“This explains the significant shift we continue to see from the proprietary to the third-party channel, and from major banks to fintechs, neobanks and non-banks.”