CoreLogic’s national home value index recorded a 2.8% rise in March, the fastest rate of appreciation since October 1988 (3.2%). These exceptionally strong growth conditions remain broad-based, with values rising by at least 1.4% across each of the capital cities and ‘rest-of-state’ areas over the month.

Sydney led the pack for capital gains in March, with values surging 3.7% over the month and 6.7% higher over the first quarter of the year.

According to CoreLogic’s research director, Tim Lawless, “The last time Sydney housing values recorded a quarterly trend this strong was in June/July 2015. Following this brief surge, the pace of growth rapidly slowed as limits on investor lending kicked in to slow the market.”

Across the regional markets, gains were highest in NSW, where values were up 2.8% over the month. 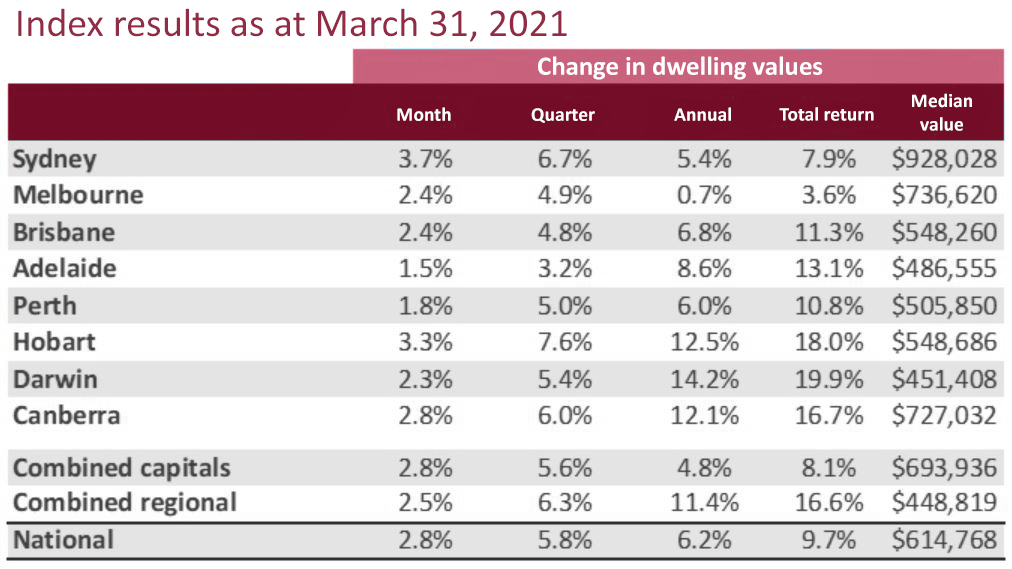 March marked several inflection points across the market:  Sydney and Melbourne have now staged a full recovery from earlier downturns.  With the acceleration in capital gains across Sydney and Melbourne, the larger capitals have started to outpace many of the smaller cities that were previously leading the charge in growth.

Sydney dwelling values are now 2.6% higher than their July 2017 peak:  a remarkable recovery considering the -14.9% drop in values through to May 2019 and the further -2.9% fall throughout the COVID downturn.  Similarly, Melbourne housing values have recovered from the -11.1% fall between 2017 and 2019, and the -5.6% drop in values through the worst of the COVID related downturn to set a new record high in March. 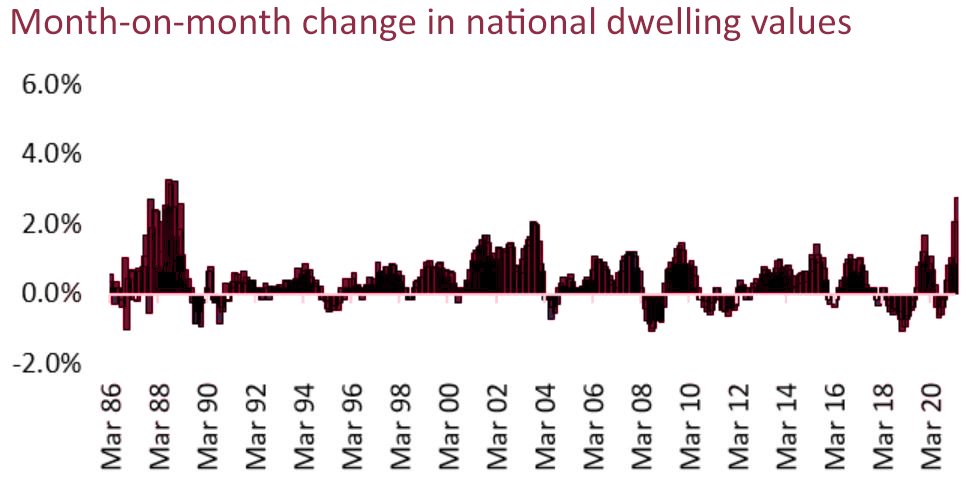 Additionally, for the first time in a year, growth in capital city housing values outpaced the regional markets.  CoreLogic’s combined capital cities index recorded a 2.8% lift in March compared with the 2.5% gain seen across the combined regionals index.  “Housing values in regional areas are 11.4% higher over the past year, demonstrating the earlier stronger growth trend; capital city values are now 4.8% higher on an annual basis with the acceleration in growth evident in March,” Mr Lawless said.

In March, Victoria was the only state where regional housing values rose at a faster pace than their capital city counterparts.  Regional Victorian values were up 2.6% compared with a 2.4% rise across Melbourne. 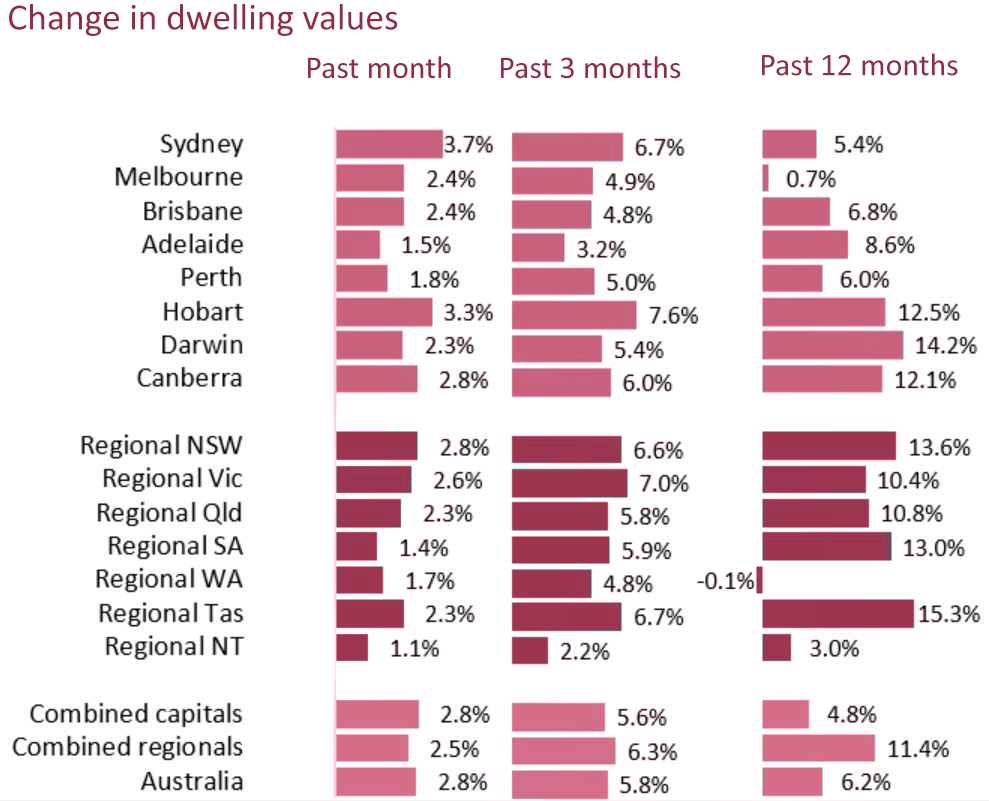 Lower density housing has continued to outpace higher density housing for capital gains.  Nationally, house values were 3.0% higher over the month while unit values were up a more modest 1.9%.  Across the combined capitals, the quarterly growth rate for houses (6.5%) is more than double that of units (3.1%).  “Despite the underperformance, unit markets have turned a corner, with Sydney recording two consecutive months of rising values, while the Melbourne unit market has seen values consistently rising since October last year, with the trend accelerating over recent months.”